The next generation Honda Civic will be even more futuristic 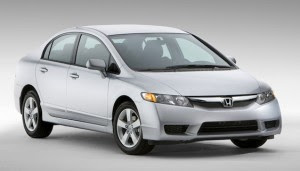 The next generation of Honda civic will be even more futuristic

As the time passes the faithful adepts of the Civic model are watching closely the news anticipating the new generation of the best-seller. In what ways will it change, in what ways will it be better? Will it continue to be a highly reliable and fuel efficient car equipped with a rather hot tempered power-train?

The new model of Honda Civic of the new generation which is scheduled to debut in a year or two will be more compact and will have an even more futuristic design than the previous model. This is the prognosis of the executive director of Honda Tzuneo Tanai as expressed in his interview to Automotive News.According to Tzuneo, the initial plan was that Civic was to be larger and more expensive than its predecessor, however after the thorough analysis of prognosis of prices for oil products, rolled metal products and other types of raw materials the decision was made to bring modifications to the project. Now the new model is aimed to become more compact, lighter and more fuel efficient. Besides that, the new Honda Civic platform will be initially adopted for the use of a hybrid power-train.

It is good to keep in mind that Civic platform is widely used by Honda Motor company and serves the basis for other models, such as crossovers CR-V and HR-V, a minivan Stream, and a compact FR-V. Presently Civic comes as hatchback, sedan and a coupe.
Honda’s new CEO Takanobu Ito states that the Japanese auto giant is “taking sufficient time to redesign the new Civic as well as all the other models”. Honda seeks way to make most of the research possibilities and seeks to comply with the possible changes in the environment. Honda is committed to reducing the size of its highly successful Civic model, but assures that the interior space and a sense of roominess will not decrease. A new futuristic Civic!? Why not!

Honda Civic Blog
An exciting look into the world of Honda tuning!